Having been in the melting pot for a long time, with recording of video material, the development of purpose-built harps, musical composing, inspiration- and study trip to Japan, followed by the rehearsal period – «Territorium» finally had its sucessful premiere at Tou Scene, Stavanger, 17th Mach 2016. A co-production between NyMusikk Stavanger, Tou Scene and Øystein Elle / Capto Musicae.

We are looking forward to present  this show to audiences both in Norway and abroad, and we are already invited to perform at the bienniale “The 12th Theatre X Dance + Theatre festival” in Tokyo in June 2016.

Video documentation is soon to be ready. Here is some stills from the opening night. 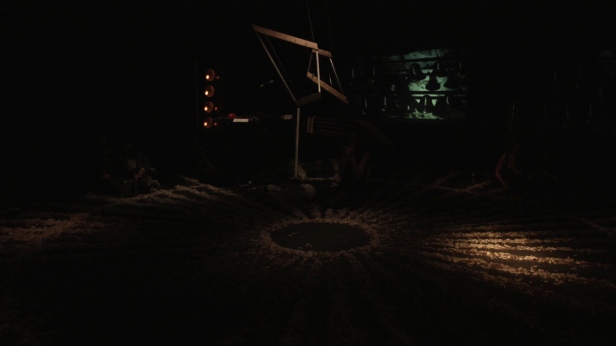